In 1962, Hanna-Barbera launched us 100 years into the future with "The Jetsons." Generations since have been entertained by this futuristic family and its world of robotic maids, flying cars and moving walkways. While the animated classic was on track with some of its predictions, the show’s vision for business in the mid-20th century is proving to be out of orbit.

George Jetson's nine-hour work week was intended to be tongue-in-cheek, but it was on par with the thinking of the time. The April 2, 1965 issue of TIME magazine featured the opinion of IBM Economist Joseph Froomkin, who believed that automation would bring about a 20-hour work week within a century.

We're still decades away from the era of "The Jetsons" and Froomkin's 20-hour work week, but experts are looking to the nearer future to help companies and employees anticipate what lies ahead in the next ten years. Here are three things you can do today to prepare for the future of business.

1. Develop the Skills That Will Be in Demand

Back when Froomkin was forecasting a 20-hour work week, there were 22,500 computers in the United States. Over 50 years later in 2016, the U.S. Census Bureau reported that more than 89% of American households had a computer, including smartphones. The rise of computers is tracking as expected, but the average work week is holding strong around 40 hours, making it clear that automation is not dramatically reducing the need for manpower.

Technology is, however, changing the future of work and the skills needed to be successful. In its report, "Workforce of the Future: The Competing Forces Shaping 2030," PWC notes that creativity, leadership and empathy will be in demand and that it’s important to concentrate on building those skills and learning how to use them in conjunction with technology. The report also advises that: "The future isn’t a fixed destination. Plan for a dynamic rather than a static future."

"There will be no room for complacency by 2030," says DeVry University Professor Michael Faulkner , Ph.D. "As educators, we’re not just teaching students how to do, we’re teaching them how to think critically and to approach problems creatively. We’re setting the stage for life-long learning, which is how leaders will stay ahead of the curve."

2. Embrace Technology and The Evolving Workplace

As we forge ahead to the next decade, companies will continue to examine their policies, including the 40-hour work week, in order to maximize employee productivity. For example, more and more companies are realizing that creativity — a skill high on the World Economic Forum's list of Top 10 Skills for 2020 — cannot thrive from the confines of an office chair between set hours.

Many American companies are already embracing non-traditional workdays and virtual office structures. By 2027, remote work is predicted to become the workforce majority. This shift will make it important for employees to master the technologies that companies use to stay connected and adapt as new ones emerge. It'll also require them to learn how to be effective communicators both in person and virtually.

"Although many organizations are still in the process of adapting to flexible work arrangements, the employee motivation and creativity that most businesses need to increase competitiveness could come from opportunities outside the traditional 9-to-5 model," says DeVry University Professor Jacqueline Saldana , DM.  "Flex-work options not only reduce job inequalities related to gender and age, but studies show that employees have higher work engagement and productivity, consistent motivation, lower absenteeism and better health."

3. Prepare to Make a Difference

In 2015, the United Nations adopted the 2030 Agenda for Sustainable Development, providing a blueprint for peace and prosperity for people and the planet. Governments and the corporate world alike are taking this challenge to heart.

In addition to doing the right thing, companies are increasingly recognizing that it makes good business sense to put social responsibility at the heart of their business models. By focusing on profit with purpose, they’re aiming to attract and retain top talent who are seeking careers where they can contribute to society. To be marketable in the future as more companies adopt this practice, professionals will need to prove that they not only embrace social change, but are prepared to lead it.

"Corporate social responsibility is no longer a trend – it is the essential strategy for quality, sustainability, and profitability," says Saldana. "If we have learned one thing from business history it's that organizations that follow socially responsible values such as people, profit, and planet are way more successful than their counterparts. In fact, businesses that are not socially responsible continue to struggle with poor reputation, public backlash and profit losses as result of paying expensive fines, legal fees and additional marketing costs to restore their reputation."

"Looking ahead to 2030 and what it will take to be successful in business — strategic and creative thinking, versatile communication and technological skills, and solution-focused — I foresee increased productivity and innovation," says Faulkner. "But perhaps more importantly, I see greater employee satisfaction. And that truly will be the key to a bright future." 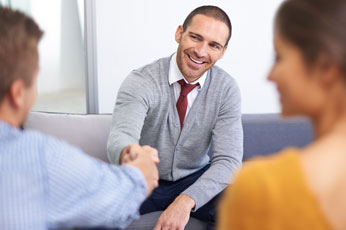 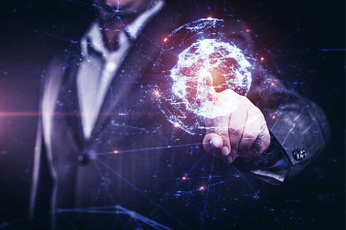 Tech is Driving Business in All Industries 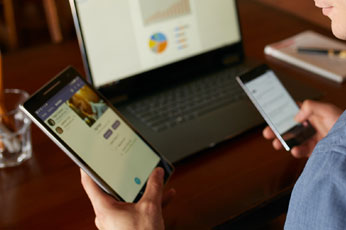 Are You Ready for the Rise of "Hybrid" Jobs?