Are You Ready for the Rise of ‘Hybrid’ Jobs?

With technology reshaping the way we work, “hybrid” jobs are on the rise. More and more companies are looking for candidates with unique combinations of experience – meshing industry knowledge with skills like software proficiency, visual design, statistical analysis and team building skills. And the secret to landing these jobs? It’s lifelong learning, according to experts.

If you’ve been looking around for a new job lately, and especially if you’ve been working in your field for a decade or two, you may have noticed that more and more companies are looking for combinations of skills that aren’t usually found on the same resume – and may, until now, even have been thought of as opposites. Marketing roles call for expertise in statistical analysis; software engineers and IT project managers are supposed to bring creativity, visual design, and “soft” skills like teamwork with them; and moving up in sales takes expertise in CRM software.

Welcome to the era of the “hybrid” job. Technology is reshaping the way work gets done in more than 250 occupations, according to a report from workforce analytics firm Burning Glass Technologies, drawn from its database of more than 1 billion current and historical job postings. The trend toward more complex, multi-skilled jobs isn’t new – Burning Glass first started tracking it in 2015 – but it’s speeding up. The study projects that hybrid jobs will grow by 21% over the next decade, more than twice the 10% growth rate of the job market overall.

One example of hybridization: Mobile app developers, whose job didn’t even exist until the first smartphones came along a decade ago, might seem at a glance to require, like other software developers, mostly great coding skills. But no. Designing mobile apps takes knowledge of programming, of course – but also user interface design, content, and marketing.

Or take data analysis. In 2010, the Burning Glass study says, there were only 150 job openings for people adept at applying statistics to business problems, and most of those were on Wall Street. In 2018, by contrast, more than 1.7 million job postings, across every every conceivable industry, asked for data science skills.

For people trying to plan a career in the throes of constant change (that is, most of us), the rise of hybrid jobs is terrific in two ways. First, the more unusual combinations of skills employers need, the fewer qualified candidates they can find. “Recruiters call them ‘purple squirrels’,” notes Matt Sigelman, CEO of Burning Glass. To snare these scarce creatures, employers are willing to pay a premium – often a big one. Marketing managers with expertise in data analysis, for instance, often earn 40% more than those without it.

The second great advantage to hybrid jobs is that they’re resistant to automation. According to the Burning Glass study, about 42% of all employees could one day find themselves replaced by artificial intelligence. By contrast, hybrid jobs are so complex, and rely so heavily on expert judgment calls and “soft” skills like empathy and imagination, that Burning Glass predicts automation could eventually take over only 12% of them.

So how do you turn yourself into a purple squirrel? “A traditional stable career, where you do essentially the same work for decades and then retire, is now possible only in trade unions and maybe the post office,” says Sigelman. “For everybody else, lifelong learning is an essential route into these hybrid jobs. In fact, it may be the only route.”

The catch, of course, is that figuring out which skills you’ll need to learn is not so easy. Sooner or later, Sigelman believes, employers will find recruiting enough purple squirrels so difficult that they’ll have to step up their efforts to train and develop more of the employees they already have. In the meantime, one way to tell what you need to add to your repertoire is to read job postings in your field – lots of them. “In many industries, companies are now trying to hire for combinations of skills they believe they’ll need in the near future and don’t yet have,” Sigelman explains. “If you read enough job postings, you’ll begin to see patterns emerge that will show you where to focus your efforts.”

Paying close attention to the trade press in your industry, and to what influencers in your field are talking about at conferences and in LinkedIn groups, can yield important insights, too. Most of all, as hybrid jobs proliferate, it helps to think like hockey legend Wayne Gretzky. A reporter once asked him what his secret was. “I don’t skate to where the puck is,” Gretzky said. “I skate to where it’s going to be.”

Now, there’s a skill worth cultivating.

This article was written by Anne Fisher from FORTUNE and was legally licensed through the NewsCred publisher network. Please direct all licensing questions to legal@newscred.com. 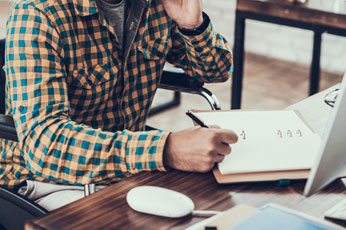 Now is the time to start training tomorrow’s digital workforce 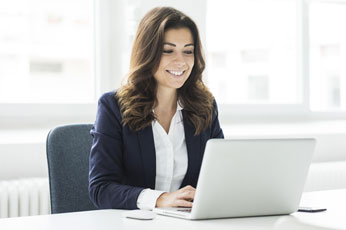 Stand Out: 8 LinkedIn Profile Tips to Help You Get Noticed