Today’s world is driven by technology. From how we conduct business to the way we manage our daily lives, we’re constantly connected. But this kind of connectivity and the devices that enable it couldn’t exist without the professionals that develop, maintain and troubleshoot software on a daily basis.

If this type of hands-on work interests you, chances are you’ve considered a career in the software development industry. But with all the different facets of technology, you still may be wondering – exactly what is software development and what does this career path entail?

What is Software Development?

Software development is a relatively broad term, and the career field itself offers choices to those who pursue it. Some developers work on teams or in larger companies and put their skills to use in a set type of development. Other engineers may take a more creative approach and design their own software to meet a growing need that they see in a set demographic. This discipline paves the way for everyone from entrepreneurs to entry-level developers with tasks like:

The U.S. News & World Report 100 Best Jobs of 2020 ranks the role of Software Developer number one. Several factors contribute to this ranking, including salary potential and the lower-than-average unemployment rate in the field. In fact, according to the Bureau of Labor Statistics, employment of software developers is projected to grow by 22% from 2019-2029. This faster than average growth rate indicates that software development is likely to continue to be a sought-after skill set for the foreseeable future.

What Does a Software Development Career Path Look Like?

Many software development roles require at least a bachelor's degree. When just starting out, there are a few paths developers might take. For example, you might choose to specialize in systems development, programming or application development.

Systems software developers keep things running smoothly. They work with computer operating systems and interfaces – whether public or built specifically for organizations. Systems software developers are responsible for creating the operating systems that help cell phones and cars function, for example. Or, they might be responsible for ensuring your laptop operates efficiently.

One specific role you might pursue in this arena is Database Management or Administration. Database Administrators are responsible for the storage and organization of data. They primarily focus on:

In this role, developers create web applications and other programs for the end-user. This kind of software developer might spend his or her days creating code, debugging code or building new software from the ground up.

A programmer will become familiar with several programming languages, including:

One role you might pursue in software programming is web development. Web developers are responsible for creating websites and often work directly with clients to design and build the end product. They often write code for the site, create applications, integrate multimedia functionality and monitor traffic, among other integral roles.

Application software is also created for an end-user. This type of software development focuses on delivering a user-friendly computer application experience. From games to processing software, applications software developers create databases and programs for use over the internet or within a company’s intranet.

In this area, you might pursue hands-on software development training in:

How Much Money Does a Software Developer Make?

What Are the Current Trends in Software Development?

As mentioned above, software development is one of the fields that changes continuously as new technology emerges. For students who enjoy learning new skills and updating their knowledge, this is an exciting aspect of the field.

Though no one can project all of the new technologies that will emerge in the coming decades, there are several trends that continue to change and advance the field of software development. Some of these trends include:

Often, the first step toward pursuing a software development career path is advancing your education. Finding a degree program that offers hands-on learning can be a great benefit, as it helps you develop real-world problem-solving skills within the field.

Typical coursework for a bachelor’s degree in software development includes a mix of essential courses along with technology knowledge-building, networking, information technology and programming. Students can expect to encounter courses on topics such as:

In the rapidly evolving field of software development, learning never stops. Whether you are troubleshooting a piece of code or keeping up with new strategies, continuous learning is a key component of staying up-to-date in your industry.

Is a Career in Software Development Right for You?

DeVry University offers several tech programs that help you focus your studies in the software development niche of your choice. With our Bachelor’s in Software Development, you can choose from the following specializations:

Ready to get started? Contact us to learn more – and get on the fast track toward pursuing your career goals. 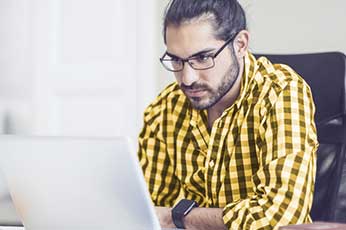 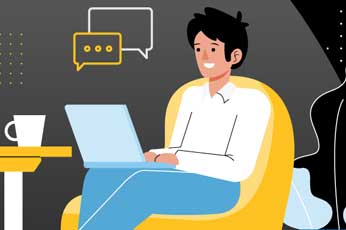 The Impact of Technology on Business: A Lesson in Disruption 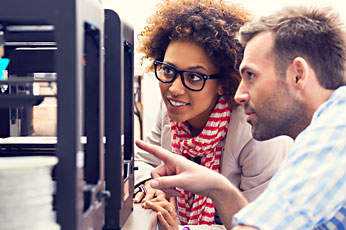