A Constant Threat: The Impact of Cyber Hacks [Infographic]

In order to protect themselves from cybercrime, organizations must remain diligent - or suffer the consequences. Read on to learn about the history of cyber attacks and the impact a breach caused by a cyber hack or malware can have.

The State of Cybercrime

Cybercrime is serious business—and it takes a toll on companies large and small. It's an attempt to gain illegal access to a computer or computer system for the purpose of causing damage or harm.

To understand the immense impact of cyber attacks, take a look at these statistics:

While cyber crimes are often grouped together, it’s important to realize there are many different types of attacks – and companies must be prepared to protect themselves from each. Here are some of the more common types of cyber attacks:

Cyber crimes have been around longer than you might think. In fact, the first major attack, known as the Morris Worm, took place in 1988. Here’s how it went down:

Cyber Security is a Constant Battle

Organizations today employ teams of IT and cyber security professionals to help them safeguard their systems. But even the smallest efforts can make a difference. Here are some basic tips to help prevent cyber attacks in your organization:

Ready to Do More?

If you want to be on the front lines of digital safety, explore our cyber security degree and cyber security certificate programs. Classes start every 8 weeks and can be taken 100% online. 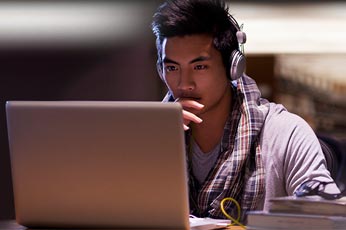 What is Cyber Security? How to Get Started in This Trending Career Field 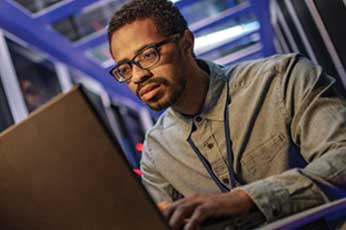