Finding Community Through Education with the NextGen Hispanic Scholars Program

Attending college can be one of the biggest decisions of your life, and one of the most life-changing experiences. It can springboard you towards a fulfilling career as much as it can develop you into a more well-rounded human being and professional.

At DeVry, we recognize that many of our students may be the first person in their family to attend college, especially those from underrepresented communities. They may not have the support they need to navigate their college experience or pave the path toward their future career.

What is the NextGen Hispanic Scholars Program?

The NextGen Hispanic Scholars Program gives Hispanic, Latino and Latina undergraduate technology students and graduate master’s degree students the chance to join a community of peers, to engage with other professionals, experience mentorship, learn new skills and prepare to advance in their careers.

At DeVry, we believe that community is one of the core building blocks of success. It helps us feel like we’re part of something bigger than ourselves and makes us feel supported and secure as we work toward our goals. Being part of a group we feel connected with can help us develop a sense of belonging, improve our mental health, help us feel empowered, bolster our confidence and self-worth and bring us greater enjoyment in our lives. When you enter the program, you’ll have a chance to connect with your fellow students and faculty mentors, building a sense of community and trust.

Over the course of your involvement in the program, you’ll focus on your career development, laying a strong foundation upon which you can build your skills. What you learn from your technology or master’s courses will be underscored through time with mentors. In addition, you’ll have the opportunity to attend webinars led by thought leaders and DeVry faculty, helping to expose you to key industry insights.

From learning how to create your own personal brand, present yourself in interviews and showcase your talents, to getting tips on how to organize your resume and flesh out your LinkedIn profile, our Career Services team, along with faculty and industry mentors will take a hands-on approach to helping you excel in school and beyond.

Our NextGen program is being led by DeVry faculty advisors dedicated to building a space where Hispanic students can build community and find support throughout their college career. We sat down with two of these faculty members to discuss their own college experiences, their role in the program and what they’re excited to accomplish.

As a first-generation college student as well as a professor of Business and Management and Academic Excellence Faculty Chair at DeVry, Dr. Robert Ramirez believes in the power of education – and has experienced it firsthand.

His mother, who did not have the opportunity to attend school beyond the 3rd grade, was adamant that her children receive an education. “In my family we had five kids,” Dr. Ramirez begins, “I've got a brother who’s a doctor, I'm a doctor, my other brother was an executive with a big company, my sister owns a good-sized business and my other sister is in healthcare.”

Dr. Ramirez has passed this belief in the importance of education to his own children. “I've got six children and they all have a college degree or they're in the process of completing a college degree, and I just love that about education.”

But Dr. Ramirez also acknowledged some of the concerns that Hispanic students may have as they begin their academic careers, especially students who are the first in their family to go to college. “I had to figure things out as I went on, because I didn't have the guidance of my parents. You're attending with other students, who maybe their parents went to a nice college, so the parents could guide them and tell them what to do. But in many, many cases in the Hispanic community, they are the first ones in their family to ever go to college, so they need that additional push and motivation and reassurance that they're headed in the right direction.”

Dr. Ramirez began his academic journey at a community college. “I then went to California State University, and later got my master’s,” he says, “and I recently got my PhD about a year and a half ago. I'm 64, so the trick for me is to keep on moving, keep the momentum going.”

He also wants students to know that education can continue long after your career has already begun and hopes to inspire students who are making plans for their futures to always keep learning.

But what if you’re not sure where you want your career to go?

“I had no clue what I wanted to do,” Dr. Ramirez admits. “For me it was just momentum. I just kept taking one class after the next and moving forward,” he explains, “I think that comes from your inner self, to be motivated and to keep things going. Not to give up. Not to get down on yourself.”

This, in part, inspired him to become a mentor for the students in the NextGen Hispanic Scholars program. Ramirez says, “I want to be available to them, have conversations over the phone or one-on-one, provide reassurance and guide them.”

Dr. Ramirez believes that through helping students believe in themselves, he can help foster perseverance and determination, and encourage them to explore possibilities through trial and error. He also hopes he can encourage students to expand their horizons and pursue new opportunities, even if they feel they aren't available to them. “I feel that Hispanics are underrepresented in terms of management and leadership,” he explains. “I’d like to see a lot more business owners and leaders that are Hispanic, and I think having a program where they can see people like themselves who also have that drive to succeed could be extremely valuable.”

A self-described advocate for the Hispanic community and a lover of education, Dr. Jacqueline Saldana is the Assistant Dean of Teaching and Learning as well as an Associate Professor at DeVry. “I have seen how education changes a family,” says Dr. Saldana.

When she was in 7th grade, her mother enrolled in college, paving the way for her and her siblings to attend as well. Dr. Saldana credits her love of education to her mother’s experience, which taught her how education opens our minds and changes our perspective. In her eyes, having diverse cultural perspectives in the workplace is one of the many ways Hispanic, students can help upend the status quo. “We bring value by providing another perspective,” she explains.

According to Dr. Saldana, this is where the magic happens. “The status quo is broken when you challenge people with different perspectives,” she says, “that type of conflict brings innovation.”

Understanding how shyness can inhibit people from speaking up, instilling confidence in the students she mentors is one of her top priorities with the NextGen program.

“I love to mentor people. One of my roles is to help the program grow its network of mentors, because as an Assistant Dean I have connections to faculty.” By connecting students to the right DeVry faculty member or industry professional, Dr. Saldana hopes to help them learn how to boost their job search efforts, interview more effectively and explore other career prep tools.

Building confidence and preparing students is one thing, but Dr. Saldana also believes there should be more done to support cultural diversity in the workplace. “Some students are more timid, and other cultures are very open and outspoken. So, understanding that, I think, is vital,” she explains. Dr. Saldana’s hope is that the NextGen program can provide an opportunity for students to close this gap by showing them that their voice is valuable and that their unique viewpoints can help create a stronger workplace for everyone.

Did you know that Hispanic, Latino and Latina-identifying adults make up 18.5% of the U.S. population1, making them the second largest racial or ethnic group2 in the United States? Despite this, Hispanic individuals only make up about 8% of the technology sector’s workforce3 and only 2% of employed engineers are Hispanic women4.

At DeVry, we believe that it’s time to bridge that gap between Latinx students and fulfilling careers in technology. Representation in the workforce not only allows for more diversity, it creates a space for people to feel that they belong and are valued. Different points of view and broader personal experience can help lead to fresh, innovative ideas and the potential for greater confidence and empowerment.

This is why students in our NextGen Hispanic Scholars Program will have access to industry-related internship opportunities, allowing you to get first-hand experience and gain a competitive edge as you begin your job search. Additionally, you will be automatically enrolled in a CompTIA Basic Student membership and also receive reimbursement assistance for select professional certifications5, helping you get a head start as you begin your journey toward a career in technology.

Ready to Get Started?

Beginning in our March 2022 session, eligible Hispanic, Latino and Latina undergraduate and graduate students will have the opportunity to be a part of a thriving community of peers and mentors who are passionate about changing the tide in the field of technology. Learn more about our NextGen Hispanic Scholars Program or contact us to get started. 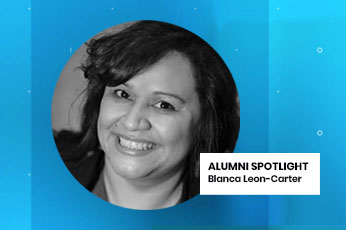 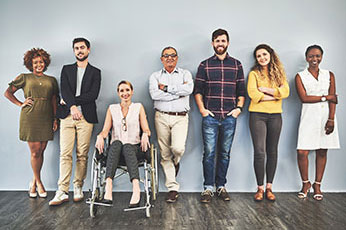 Diversity in the Workplace: Insights and Strategies for 2021 and Beyond

How to Establish a Diversity, Equity and Inclusion Council [Infographic]