What Does a Renewable Energy Engineer Do?

These days, it's clear that we need to rethink the way that we approach energy. With an ongoing and ever-worsening environmental crisis looming, it's important that we do so sooner rather than later. Thankfully, renewable energy engineers are hard at work developing solutions that will allow us to maintain our quality of life while helping the environment recover.

How do they perform this impressive feat? Renewable energy engineers use engineering principles of science and mathematics to research and design new methods of energy generation that don't harm the environment. Thanks to these engineers, we've already seen the development of carbon-neutral energy solutions like solar arrays, wind turbines and hydroelectric dams.

With the climate and environment on the line, we need more people to step up as renewable energy engineers and help optimize existing energy sources and create the clean energy sources of the future. If this sounds like your calling but you don't know where to start, you've come to the right place. In this article, you'll learn about renewable energy engineers and what they do as we answer the following questions:

Why Do We Need Renewable Energy Engineers?

We need renewable energy engineers to create new devices and machines that can generate energy in a way that doesn't harm the environment. According to the United States Environmental Protection Agency, the amount of carbon dioxide in the air has increased from around 280 parts per million to around 410 parts per million since the industrial revolution began nearly 200 years ago.1

This harrowing increase in carbon dioxide percentages isn't just a number on a page. It has serious consequences for the health of the planet and every being that lives on it — including humans.

Of course, we can't expect that society will regress to a pre-industrial state. For as much harm as these technologies have wrought on the planet, they have created countless benefits for our species. This is where renewable energy engineers have the opportunity to help save the planet while sustaining the standard of living we've all come to appreciate.

By improving and implementing existing renewable energy sources, such as wind farms and solar energy arrays, renewable energy engineers can help slow the current climate crisis. In many cases, these engineers are hard at work developing new clean energy generation methods that may be even more effective at generating power.

What Does a Renewable Energy Engineer Do?

Renewable energy engineers build solutions related to energy use. Like all engineers, they use a combination of research, mathematics, design and testing to create green solutions that generate energy without harming the environment. Due to the ongoing climate crisis, interest and investment in this field of renewable energy is expanding into new areas of research.2

Typically, renewable energy engineers are tasked with designing and testing elegant solutions for clean energy generation. In some cases, this may result in implementing existing technology in new locations, such as building a solar array outside of Los Angeles. In other instances, it may involve designing more efficient, cost-effective versions of those technologies or designing entirely new technologies that can create energy using renewable resources.

How Do You Become a Renewable Energy Engineer?

The path to becoming a renewable energy engineer can be similar to the path for any other field of engineering. Generally, you will need to have a bachelor's degree or master's degree in engineering.

You will typically gain experience through an internship or entry-level position before becoming a renewable energy engineer. In some cases, your entry-level work will put you in the same room as the engineers, giving you a great opportunity to build the skills you'll need to advance toward an engineering position. This is only because "engineer" is very rarely an entry-level job title. Just because your first job in this field doesn’t have the word "engineer" in the title doesn't mean that you won't be doing vital engineering related or adjacent work.

What Is the Job Outlook for Renewable Energy Engineers?

Another title for renewable energy engineer is environmental engineer. Currently, the rate of growth for environmental engineering jobs is projected to grow 4% from 2020 to 2030, on a national level, according to information from the Bureau of Labor Statistics.3 In general, the demand for renewable energy sources is increasing as more people become aware of the severity of the ongoing climate crisis.4

What Do I Need to Study to Become a Renewable Energy Engineer?

Interested in a Career as a Renewable Energy Engineer?

If you're interested in working to save the planet through the use of technology and innovation, then a career as a renewable energy engineer may be the perfect fit. This exciting field is critical to the future of the planet and our species, and the work you do may help save lives and the environment. On top of all of these benefits, you'll get to work hands-on with cutting-edge equipment while designing the clean energy solutions of the future.

At DeVry, we're dedicated to helping people like you find the tools they need to pursue a career in the renewable and sustainable energy fields. Elements of our programs are designed to help you build essential skills that can be used to design renewable energy solutions.

Interested in learning more about this exciting field and related degree program? See how an Associate Degree with a Specialization in Renewable Energy and Sustainable Power can help you achieve your goals while helping the planet. 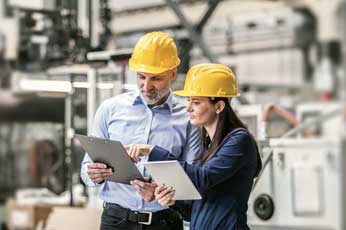 Where Can You Work With an Engineering Technology Degree? 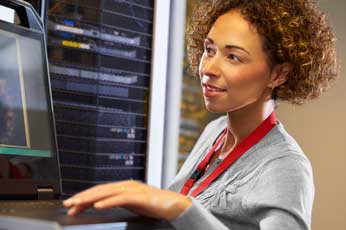 The Importance of Women in the Tech Industry