Before 2020, many of us spent our workdays commuting to and from an office building or place of business, catching up over coffee or strategizing with coworkers in meeting rooms. But the way we work has changed.

While the thought of employees working from home initially seemed impossible, it’s become the way many businesses have adapted—and see themselves continuing—to work. But it’s not just where we work that’s changed. How we work has also evolved along the way.

Take a look at these 5 ways remote work has influenced business trends.

It’s probably no surprise that digital adoption tops our list of the ways that the future of business has been impacted by remote work.

In prior years, the assumption may have been that lack of face-to-face, human interaction would lead to a decline in customer engagement for some businesses. However, according to George Westerman, principal research scientist for workforce learning at MIT’s Abdul Latif Jameel World Education Lab, it turned out that in many cases, switching to entirely digital structures offered more avenues for increased customized engagement for those businesses surveyed.

Online forms of communicating and collaborating, such as the cloud, have been in use for some time, but have now become essential for how teams work together. Cloud-based work has allowed companies to expand both their speed and scale while increasing their team’s collaboration. According to IBM, adaptability in the digital landscape is now a mandatory business competency.

Other online tools, such as communication platforms that had been in moderate use prior to going remote were used to greater extent, and quickly became widespread. This shift changed the way many companies reorganized themselves and introduced new ways of doing business.

Throughout our careers, there’s often an emphasis on developing a set of marketable skills that we can list on our resume. However, it turns out that employers looking to hire may be just as interested─ if not more ─in a candidate’s soft skills. Soft skills are interpersonal abilities that allow a person to work well with others and grow within a company, such as collaboration, adaptability, critical thinking, perseverance, dependability and communication.

Since moving to remote work, possessing these skills can be even more important. The extra effort it takes to communicate well through text and video can present challenges to some, and working remote may impact your focus. Learning soft skills to bridge the gap continues to be an important skillset for working remotely, especially when it comes to adaptability and flexibility.

According to Monster, recruiters say that the skills gap regarding soft skills has widened, and finding candidates that possess the necessary hard and soft skills required for a position have become harder to find.

Workforce security is not an emerging business trend, but one that has been brought to the forefront since the recent shift to remote work. Because of the transition toward cloud-based work and a reliance on employees’ at-home networks, many companies are planning  to increase their cybersecurity efforts over the next two years.

The large migration of business data toward cloud networks means the potential for an increased volume of sensitive information to be stored in the cloud and managed through employees’ at-home networks, which may not be as secure as what might be found in an office.

Increased cybersecurity measures in the remote landscape may vary depending on a company’s needs, but could involve training employees on how to recognize phishing or other hacking schemes or requiring two-factor authentication to log onto a company portal or VPN.

Customer service has always been a priority, but as many organizations continue with a remote approach, the way we interact with customers is being reinvented. Businesses that were not primarily online prior to 2020 had to redevelop or augment their online experiences to stay competitive. Tactics such as online chat, at-home delivery, payment installment apps or increased customer feedback efforts have become increasingly important to adapting in today’s remote business world.

Business, Society and the Planet

For many of us, 2020 was an opportunity to stop and think about societal, economic and environmental impact on a global level. Sustainability was talked about prior to COVID-19, but global events helped many companies stop and evaluate how their day-to-day operations contributed to the health of the planet and its future. With remote work in place, many businesses and industries took steps to alter their carbon footprint, place emphasis on switching to alternative energy or make commitments to be more mindful of the environment.

For many of us, work is more than just our source of income. It’s where we spend a good portion of our time each week and cultivate relationships with our colleagues.

The abrupt switch to remote work we experienced in 2020 helped bring to light the inadequate resources that some companies offered for employees when it came to mental health, time-off and built-in flexibility. An article by CNN illustrates measures taken by CEO’s in various industries that include subsidized backup childcare, access to telehealth and prescription resources, sabbatical programs, a flexible in office/at home work schedule and more. Along with contributing other ideas of how remote work may be improved for their employees, these efforts can go a long way to help reshape the idea of work and how it affects our lives.

Take the Next Step in Business

If you’re thinking about taking the first step toward a new career by starting or going back to school, we can help. We offer both undergraduate and graduate business degree and certificate programs, with classes starting every 8 weeks. 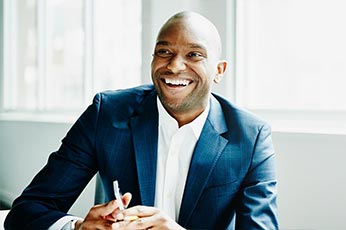 5 Top Business Skills All Graduates Should Have 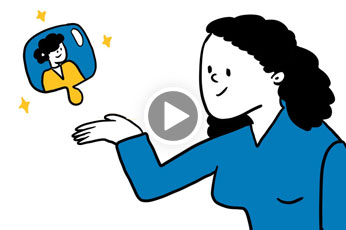