How DeVry/Keller Career Services Helped This Grad Achieve Her Goals

For years, Felicia Willis had wanted to resume her education in pursuit of a career move, but raising her young son and working part-time made that difficult.

Then she discovered the wealth of online learning tools that could enable her to get that education without leaving her neighborhood or sacrificing time with her son.

Balancing a Career and Family

Willis grew up in Hollywood, Calif., with her parents, three sisters and two brothers. She started undergraduate studies at Cal State North Ridge in 1995, then transferred into pharmacy school, became a registered pharmacy technician in 2000, and moved to Cincinnati in 2001. There, she worked in a mail order pharmacy, met a partner, and their son, Keishaun Edwards, was born.

In 2004, she moved back home to Hollywood with her son. Since then, she’s been focused on providing for him and helping him grow. To enable her to be there for him, Willis worked part-time with the city government in Palmdale, Calif., beginning in 2007.

Fast forward to 2015, her son in high school and requiring much less supervision, Willis had become interested in moving from her part-time to a full-time position in a different department, but she would need a degree in information systems management. She researched online learning options and found Keller Graduate School of Management. She was intrigued by Keller’s mix of technology-powered learning tools and human faculty who care about each student and their academic outcome.

“I made a goal for myself that something has to change when Keishaun graduates high school and everything just came together how I planned it,” Willis says, ultimately beating that goal by nearly a full year before Keishaun graduates high school this spring. “I didn’t know what I wanted, but I knew I wanted more for me: money, independence, success.”

Degree in hand, she partnered with Keller’s Career Services Department to make the move from part-time admin to full-time software analyst. Career Services works closely with students to help them search for the career they want based on the education they’ve earned.

The role of Career Services depends on the needs of the person with whom they’re working, says DeVry/Keller’s director of career services, Eric Hellige. “Most people think working with Career Services is about getting a new job, but it can be about enhancing your current job, especially if you’re underemployed,” Hellige says. “What we do is about career advancement, whatever form that needs to take.”

Learn more about our online classes or contact us today to get started. 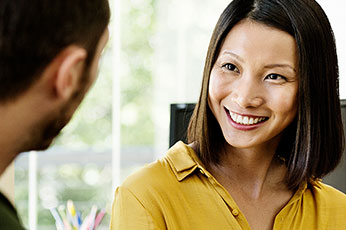 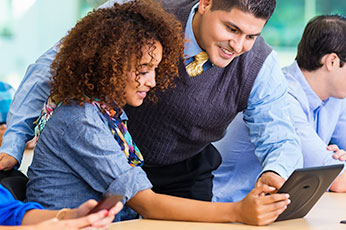 Tips: Applying for an entry-level job when you’re a recent college grad