How frequently do we ask, “Is the WiFi down?” With the dramatic increase in remote work over the past year, we are more reliant now than ever on these network systems, making their availability vital to driving successful technological development in business, industry, education and government. Yet, sometimes we take for granted the availability of these communications systems and the people who test them.

What Do We Mean by Testing?

Before fielding a new network, or even upgrading a piece of network equipment, things need to be tested to ensure the anticipated changes will, first, do no harm, and second, give users the anticipated improvements in availability, reliability or speed.

While the methods for testing differ, the three broad areas where engineers and technicians test network and communications systems before fielding them are:

For most organizations, all three types of testing are done by the same team, usually network engineers and engineering technicians. For very large organizations, the U.S. Department of Defense testing for example, is divided up because of the broad scope of equipment and related requirements.

What is Standard Conformance Testing?

Standards conformance testing can involve different standards but the most common standards for most Internet Protocol (IP) networking equipment are the Internet Engineering Task Force (IETF) standards codified in Request for Comments (RFC).

Conformance testing is done by interfacing the Device Under Test (DUT), a router for example, with an automated test system that emulates the inputs and outputs needed to stimulate the DUT. The tester compares actual outcomes with the expected, standards-based outcome, to determine standards conformance.

What is Performance Testing?

Performance testing is done in a similar manner, with the DUT interfaced to another special purpose computer than can simulate 1,000s of users and thus ‘load’ the DUT with operationally realistic traffic. The DUT is monitored by other special purpose test equipment and via logs from the device itself to evaluate its capability to support network traffic.

What is Interoperability Testing?

The final type of test, interoperability testing, is frequently done by inserting a DUT into the middle of a ‘string’ of other devices. Then, using traffic loading and protocol analysis, testers evaluate the DUTs ability to interoperate with its adjacent devices.
Designing a test can take days or weeks and subsequently executing the test can take hours to months. Timing depends on the complexity of the network, the number of devices under test, the degree of accuracy desired and the analytical methods used.

Some tests, such as those done during large-scale communications exercises for the military, can involve hundreds of systems, with communications spanning thousands of miles, and equipment in almost every time zone. And at the end of the test, there are sometimes gigabytes of test data to analyze to determine exactly what happened during the test, usually followed by a written report.

Hence, the complexity of the test event, coupled with the inherent complexity of communication systems testing, means testers must be interdisciplinary, with skills beyond network engineering.

What Makes a Successful Tester?

In addition to technical skills in network and communication systems, good testers need interrelated skills in technology management, including project management, technical writing, basic math, statistical skills and the soft skills needed to effectively work on or lead a team.

At heart, effective testers are technology managers who can lead teams, are skilled and adaptable project managers and above all are curious and persistent.

At DeVry, we offer degree and certificate programs that can help you get started on the path toward a future in network and communications systems. Classes start every 8 weeks, with 100% online options available.

Dr. Shawn S. Smith has been designing, installing, maintaining, and teaching about networks and communication systems since 1982. This includes managing networks for Texas Instruments for 15 years and also supporting public and private wired, wireless, and optical networks for the last 25 years. Smith is a visiting professor at DeVry University and is the author of “Analysis Frameworks for Systems Engineers and Project Managers,” which will be released in August 2021 by Kendall-Hunt Publishing. 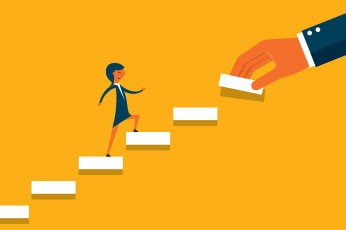 Embedded and Stackable Credentials: An Innovative Approach to Learning 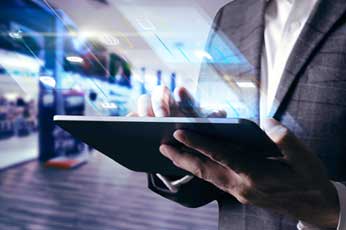 What is Information Technology? A Beginner's Guide to IT