Generally Accepted Accounting Principles, more widely known as GAAP, are a set of guidelines and rules that all companies and accountants in the United States adhere to. These rules are set by the Financial Accounting Standards Board (FASB) and American Institute of Certified Public Accountants (AICPA) in order to ensure that accounting information is reported fairly and accurately.

In this article, you'll learn more about the generally accepted accounting principles that make up GAAP as we explore the following sections (jump to):

GAAP encompasses several different accounting principles, each of which plays a vital role in the accurate reporting of a company's financial data. These principles aim to minimize the potential for errors.

In this section, we'll explore these principles and explain both what they mean and why they are so important for the field of accounting.

The principle of regularity requires that accountants use an established system for their reporting. This principle is critical as it prevents accountants from simply doing whatever feels convenient in the moment and leaving other parties to figure out the logic behind their reports.

Principle of Permanence of Methods

This principle requires accountants to treat accounting like a science, so that one person’s work should be replicable by another party using the same method. The principle of permanence of methods ensures that the work can be double-checked with relative ease and efficiency.

The principle of non-compensation promises that you will not use offsetting accounts to cover up or hide any facts. In particular, it prohibits hiding debts behind assets and costs behind revenue.

This principle asserts that accountants should only report facts. Accounting does not operate in the realm of conjecture or speculation and should only include concrete data in reports.

The principle of continuity states that the accountant preparing a report should assume that the business will continue to operate as it has been operating for the foreseeable future.

This principle ensures that accountants only report revenue within standard intervals, such as quarterly or yearly. This provides businesses with an accurate financial status from that timeframe so they can use the information to make decisions about the future.

The principle of materiality states that all financial data should be laid out in a report that is GAAP compliant. It primarily exists to make sure that no information is omitted from the report.

Finally, the principle of utmost good faith requires that an accountant will always tell the truth and operate in good faith as part of their duties.

Why is GAAP Important for Businesses?

GAAP is important for businesses because it sets a standard for how financial reports are organized and how reporting is carried out by accountants. Without a standard set of expectations, accountants could present reports in whatever format they please, including formats of their own design. This would make it difficult to verify whether or not the information was factual.

Additionally, the Generally Accepted Accounting Principles prevent accountants from breaking reporting laws at the behest of their clients, superiors or others within their company. These principles also make it significantly more difficult for a rogue accountant to get away with misreporting information, as the standardized reporting method makes it easier to identify areas where data is missing or where facts have been misrepresented.

Both GAAP and the International Financial Reporting Standard (IFRS) are widely accepted systems of accounting principles that enable internal and external bodies to quickly understand the work that the accountant has performed. In general, these two systems set out to accomplish similar goals, but they do have a few differences.

One of the first and most notable differences is where each system is used. GAAP is used primarily within the U.S., while the IFRS is used in the European Union and some countries in Asia and South America.

Beyond that difference, GAAP is more rules-based while IFRS is more principle-based. This typically becomes more obvious when looking at each framework. For instance, the IFRS guidelines are generally less specific or detailed than GAAP’s, but the consistency of the principles behind IFRS may give a more accurate picture of economic transaction within the business world.

No matter which accounting system is being used, both GAAP and IFRS play a crucial role in regulating accounting reports around the world.

If you're interested in learning more about GAAP, as well as other accounting principles, our classes start every 8 weeks. 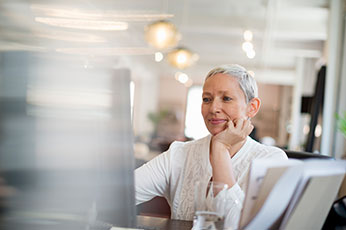 7 Accounting Certifications You Should Explore 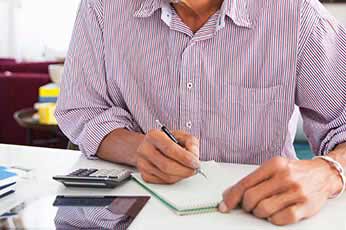