Life after the Olympics: Luger offers insight on balancing work, school and life 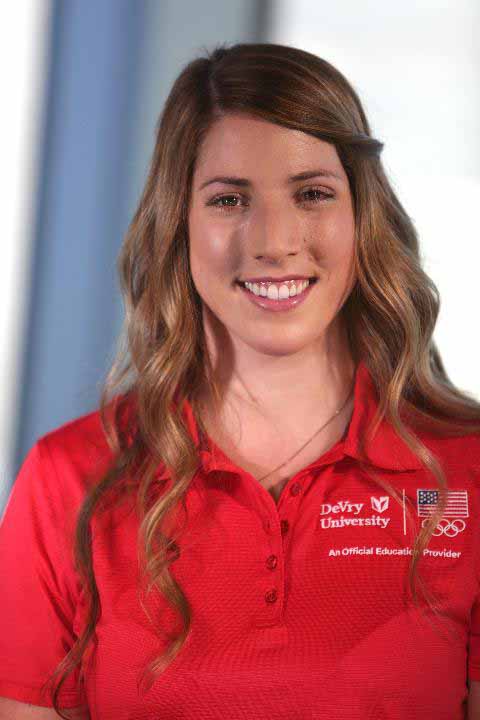 A natural-born athlete, Erin Hamlin grew up playing a variety of sports, although it wasn’t until the age of 12 that she was introduced to luging. Her prior athletic experience instilled a great deal of concentration, dedication and strength of mind and body, and it wasn’t long before she worked her way through the national team’s developmental luge program and was living and training full-time in Lake Placid, N.Y.

Hamlin’s hard work paid off and she went on to compete in the 2006 and 2010 Olympic Winter Games and recently made history when she became the first American luger to win a medal when she earned bronze at the 2014 Olympic Winter Games in Sochi, Russia. In addition, her momentous feat was recognized by the United States Olympic Committee at its 2014 “Best of Us” Awards Show where she earned the title of Best Female Olympian of the Winter Games.

Q: What was it like to compete at the 2014 Olympic Winter Games in Sochi and make history by becoming the first U.S. singles luger to win an Olympic medal?

“Each time I’ve competed at the Olympics, I’ve learned and grown so much. The challenge of being the greatest in the world is what drives me to pursue my Olympic dreams,” says Hamlin. “Becoming the first American luger to win a medal in the history of the sport was a surreal experience. Standing on the podium and accepting my medal was the culmination of years of preparation, dedication and persistence to achieve success in my sport.”

Q: Now that you’ve made history and achieved Olympic success, what other life goals are you looking to reach?

“After I retire from competing, I want to help corporations plan more environmentally friendly events. Being a part of many sporting events over the years has shown me that there is room for improvement from a sustainability standpoint. Continuing my education and earning a degree will allow me to explore a career in which I can achieve this,” says Hamlin.

She adds, “To help me reach this goal, I am preparing for my career by earning a bachelor’s degree in technical management with a specialization in sustainability management at DeVry University.”

Q: How do you balance you athletic training with your academic endeavors?

“Since I can take my courses online it allows me to balance my school work and my rigorous training schedule. I feel that learning helps me look forward to what is next and earning my degree will prepare me to achieve success off the track, as well,” Hamlin says.

Q: What advice do you have to share with young athletes who aspire to compete in the Olympic Games?

“It can certainly be intimidating to balance school and other life responsibilities – especially when you aspire to be successful in athletics or any extracurricular activity,” says Hamlin. “The big picture can be very overwhelming. It’s important to remember to stay focused on the end goal and break it down into smaller steps – that way it becomes much more manageable.”