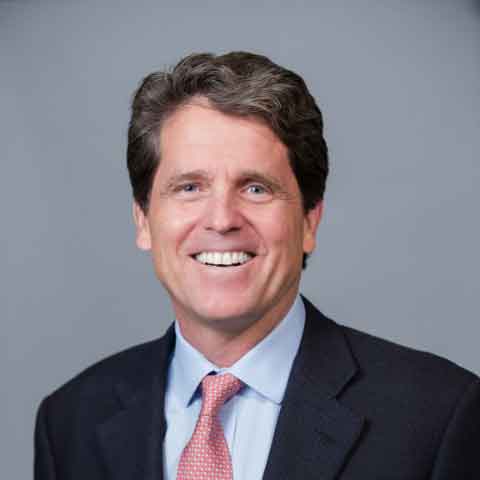 
Mark K. Shriver is President of Don Bosco Cristo Rey High School & Corporate Work Study Program, a high school serving young people in the DC-area. Hailing from 60 zip codes, 85% of students qualify for free and reduced meals. Every student participates in a rigorous college-prep curriculum while working at local businesses once a week. 100% of graduates since the school’s inception in 2007 have been accepted to college.

An advocate for children throughout his career, Shriver led a national coalition that convinced Congress to create the National Commission on Children and Disasters. He was appointed to the Commission by Senator Harry Reid of Nevada; he was elected chairperson by his fellow commissioners and served in that role for the life of the Commission (2008-2011).

In 2013, Shriver created Save the Children’s political advocacy arm, Save the Children Action Network (SCAN). SCAN seeks to build bipartisan solutions and generate voter support for policies that ensure that every child has an equal opportunity to succeed. With a grassroots network of 375,000 supporters across all 50 states, SCAN is working to ensure that every child in the U.S. has access to high-quality early childhood education, to protect migrant children arriving at the southern U.S. border and to promote girls’ empowerment around the world.

Shriver was a member of the Maryland House of Delegates from 1994 to 2002. He was the first Chair of the Joint Committee on Children, Youth and Families, and was appointed Chair of the Children and Youth Subcommittee of Maryland's House Ways and Means Committee. He was repeatedly recognized as Outstanding Legislator of the Year by prominent advocacy and civic organizations.

In 1988, Shriver founded the innovative Choice Program, which serves delinquent and at-risk youth through intensive, community-based counseling. He subsequently created The Choice Jobs Program, Inc., which trains, places, and supports former Choice clients in jobs, as well as The Choice Middle Schools Program, a model for keeping at-risk middle school children in school.

Shriver received his B.A. from The College of the Holy Cross and a Master’s in Public Administration from Harvard University. A bestselling author, his latest book, 10 Hidden Heroes, was published in March 2021. He is also the author of Pilgrimage: My Search for the Real Pope Francis and A Good Man: Rediscovering My Father, Sargent Shriver.

Shriver lives with his wife, Jeanne, and their three children, Molly, Tommy and Emma, in Maryland.