Transferring Into A Degree: Got Credits?

You’ve written a go-to book in your field, have years of hands-on experience at your job, and hold academic credits from diverse studies pursued at multiple schools. But you need to pull it all together somehow to qualify for the biggest work project of your career.

Game designer Jonathan Weinberger did his research and ended up earning his degree in technical management from DeVry University last spring, an important achievement for multiple reasons. “I needed to receive as much academic credit as possible from my prior studies and make sure what I’d be learning would be applicable to my career,” Weinberger says. “I was able to achieve both.”

“From society’s standpoint, a degree is important. Once I got it, everybody quit telling me I should. I just wanted to do it on my own terms and my student support advisor (SSA) at DeVry understood what I was going for right away.”

What he needed: to receive as much academic credit as possible from his prior studies and to make sure that his studies would be applicable to his career in computer programming and help him earn a degree. “I contacted DeVry and basically said, I’ve written a book and I’m a published author in my field,” Weinberger says. “If I’m going to get a degree it’s going to be something that will help me and something I don’t already know.”

Weinberger’s story is a familiar one to Amy McCann, assistant national dean at DeVry, especially among transfer students.

“Long gone are the days of waiting in line for the registration office. Once the applicant has decided to go to DeVry, they’re immediately given an SSA who walks them through the academic process, as well as help with critical components like financial aid,” McCann says. “They never really have to worry about something being missed.”

Money—or the lack thereof—also plays a part in the way DeVry University and its Keller Graduate School of Management handle the transfer process. The student’s time, finances and desired outcome are all taken into account when it comes to getting students the knowledge and degree they need.

“From the time of admission, our advisors work with students based on their desired educational goals,” McCann says of the customized care that transfer students receive.

“We discuss all their options, be that an undergraduate certificate program, an advanced degree, or whatever, and determine what best suits that student. Then, we’ll ask for copies of their transcripts, do an initial evaluation, and let them know how many credits will transfer toward their program or programs.”

Weinberger’s experience with transferring credits toward a degree at DeVry benefitted from that process. “I received proficiency credits on top of taking all transfer credits from previous universities. It was interesting to take those classes, but also helpful that DeVry took (most of) my credits,” Weinberger says.

“In my case, the SSA explained that I could have my technical management degree in two semesters. I just needed to take the remaining courses and I’d be good to go.”

DeVry’s technical management program was first known as a completer’s degree, and is a business-based degree geared toward students with transfer credits from multiple schools. McCann explains more about how Weinberger was able to qualify for this expedited route.

“The technical management program has different buckets of info, or course areas,” McCann says. “You have a larger area for electives and that’s where the majority of the credits transfer. You also have the option of choosing a technical specialty, a business administration specialty, or general technical option—meant for students who wish to apply prior coursework to a certain career area.”

When Weinberger had completed most of his courses, he tied together his career and his education by executing his senior business project, which he applied to his already existing work with Unity Technologies, the developer of Unity, a cross-platform game engine. He created a course to teach new courseware certification for the company, and was able to come to an exclusive agreement with Unity to create a series of such courses. The first, “The Ultimate Guide to Game Development with Unity,” was released in November 2017.

“Unity wanted a one-of-a-kind course that helps new developers feel comfortable exploring their platform and developing games. As excited as I was, I wasn’t sure I could pull it off. But the management skills I learned while taking the senior project course at DeVry have been invaluable to me and were significant in helping me orchestrate so many people and project details.”

For just that reason, DeVry’s senior projects are designed to have students demonstrate their skills and expertise from their respective fields of study while solving real-world business challenges.

“The senior projects course plays an important role in the growth and development of our students,” said Andrew Crane, national assistant dean, DeVry University College of Business & Management. “Collaborating with a team, developing a solution to a real-life business situation and presenting their ideas helps prepare students for the workforce in a way traditional coursework does not.”

The Student Becomes The Teacher

However, Weinberger’s work with Unity began much earlier. At 19, Weinberger started a YouTube channel in 2012, teaching people how to use Unity Think two- and three-dimensional video games you (or your kid) have played on your smartphone or tablet.

“I’ve always been interested in programming and teaching is something that I happen to be good at, I guess,” Weinberger says. “Already being a programmer, I wasn’t sure if I really needed to go to college for it.” Then, he wrote the book.

“I was a teenager trying to get my first job and not having a degree held me back,” says Weinberger, who built off his success on YouTube with a book that has become an industry standard, ‘Learn Unity Programming With C#.’ Everything changed. “That book gave me an opportunity to get my first job in the work field, with [The Cartoon Network’s] Adult Swim. One of the hiring managers discovered my book, saw I lived in Atlanta, and contacted me.”

The rest is, as they say, history. “Now, I’m working directly with Unity, and have job offers coming in left and right. It feels good having top-level game studios wanting me to program for them. I get to partner with the engine that gave me a career before I even worked for Unity directly,” Weinberger says. “I’m building educational material to bring Unity to the masses by creating a set of courses to get people comfortable in developing games and applications with Unity.”

“I taught myself how to use this engine eight years ago and it’s my whole career now. Today, I’m able to partner directly with them and work with both the business development teams and the educational management team,” Weinberger says. “Basically, it’s working together to collaborate on these new courses. I have access to alphas and betas of these features, I get ahead of them and teach it to the world in a way that makes sense.” 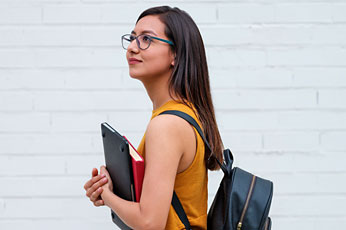 Why College is Important – And Can Help You Reach Your Goals 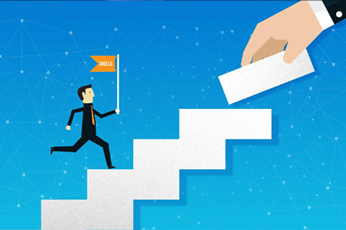 The Millennial Mindset: 6 Things to Know About Stackable Credentials